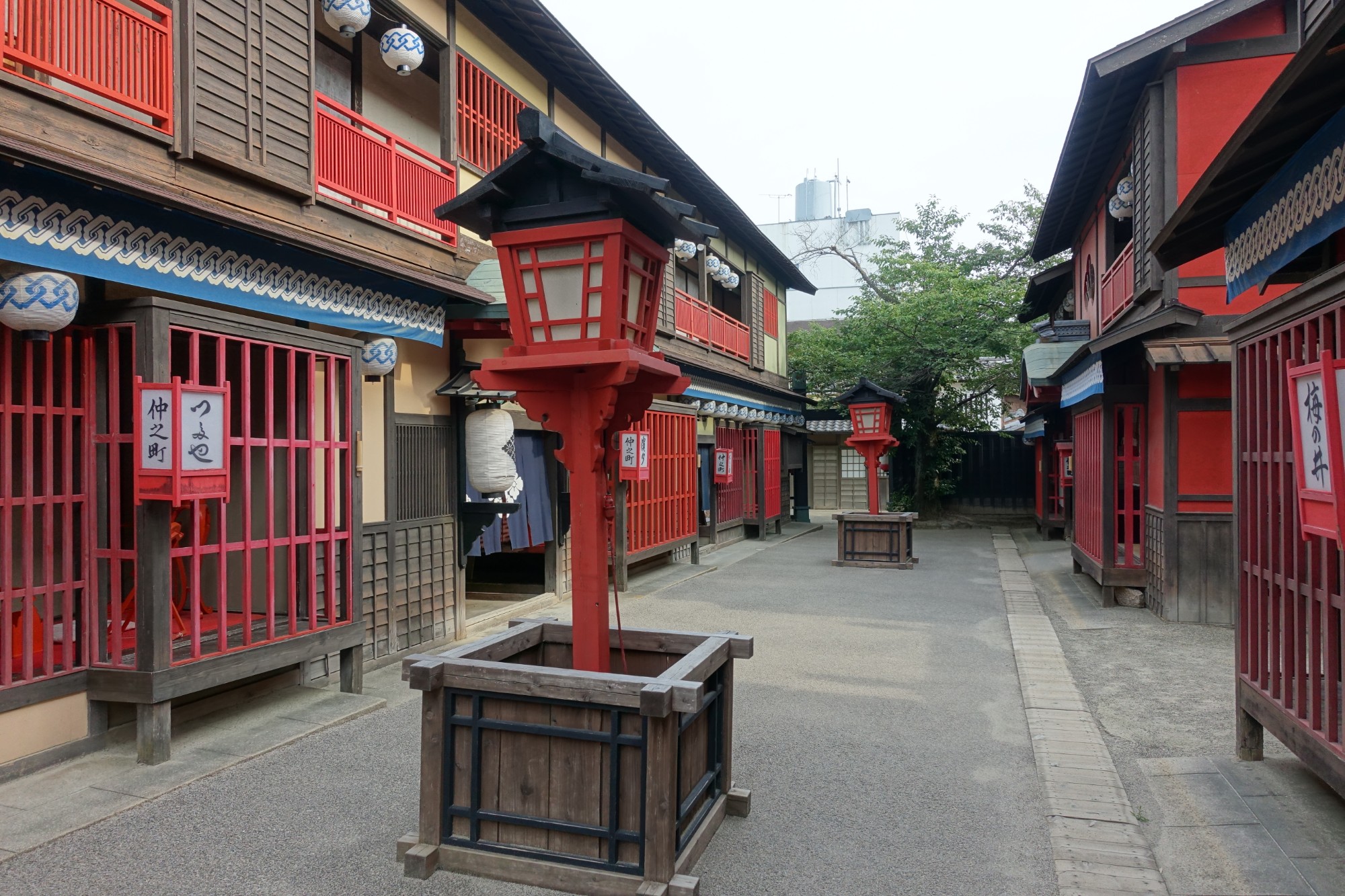 XToei are a major Japanese film and television studio making shows ranging from historical dramas to animation and live action superhero series. In addition to working studios, the Kyoto Park provides a range of activities.

After another long walk through local Kyoto with its tiny shops, houses and even a temple or two we caught the Sagano railway line a few stops.

We arrived so late that most of the live shows and demonstrations had finished. After going through the Amazing Maze with its optical illusions we made it to the Jidaigeki show, where they demonstrate some of the effects on a samurai drama set. Despite the language barrier it’s a lot of fun!

There was also a singsong one lady show of some amazing tied chopstick tricks at the theatre.

That left us with only enough time to wander quickly through the old sets and the Ultramen/Power Rangers displays. Quite intresting, but be warned that many attractions cost extra. Would have been nicer to see the sword demonstrations as well.

Quite fun, but Alex’s highlight was still the ticket gate.