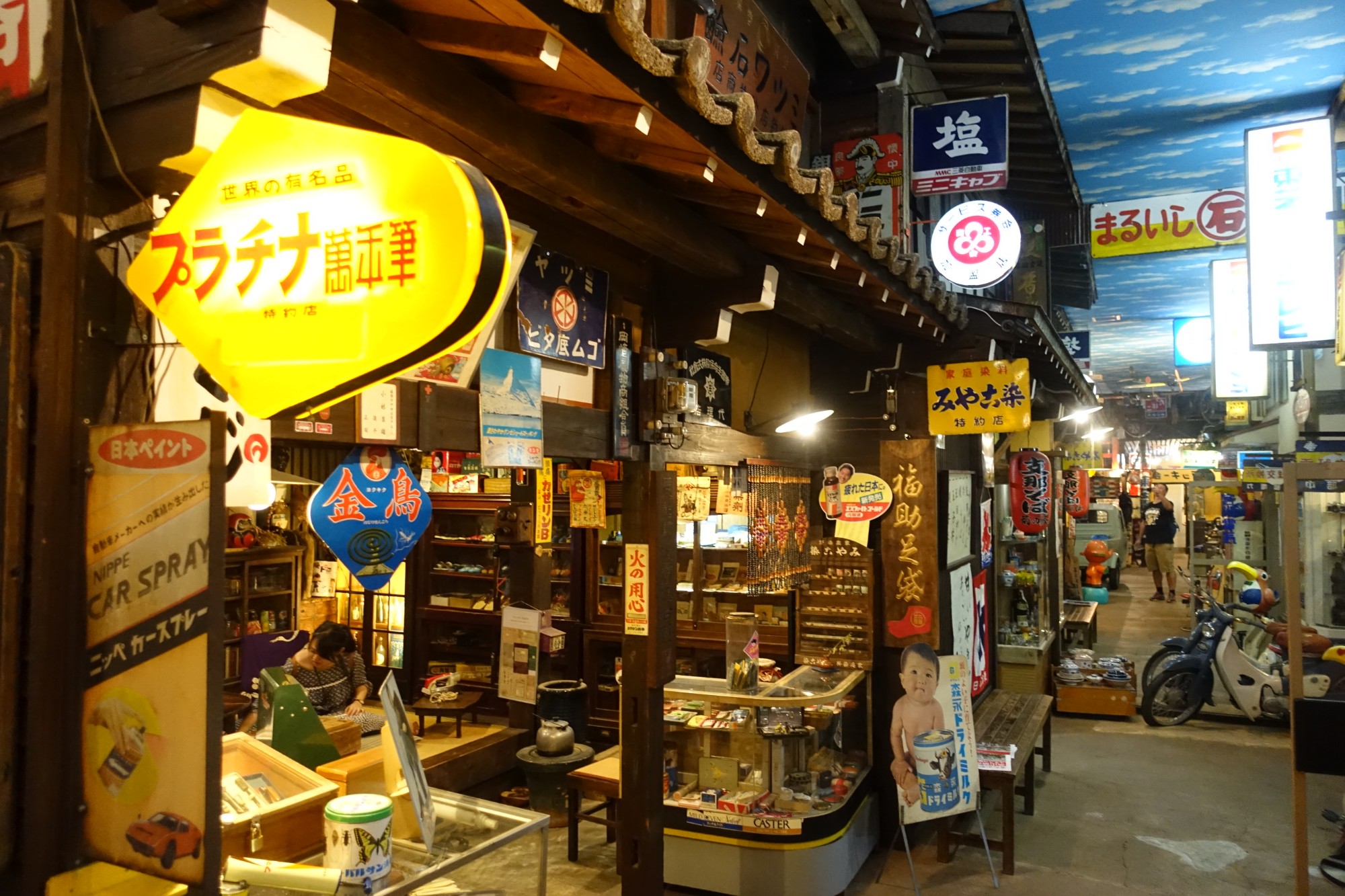 We were walking around Takayama after searching for a birthday cake for B when we came across this unprepossessing museum. From the outside you would think it a rundown little Japanese toy store, but inside is a remarkable collection of old objects, many still working.

After you buy the ticket and head behind the curtain you enter a recreation of a street of shops from the middle of the Showa Era which ran between 1926 to 1989. The shops contain a range of goods from across the era, including working black and white televisions displaying old programs.

There are old video games (some running on commercial emulators) and even ancient pachinko machines, which shoot balls up where the then take a path downwards scoring points. A little less bright and noisy than the current generation of gambling machines.

A great addition to the collection of Takayama history museums!