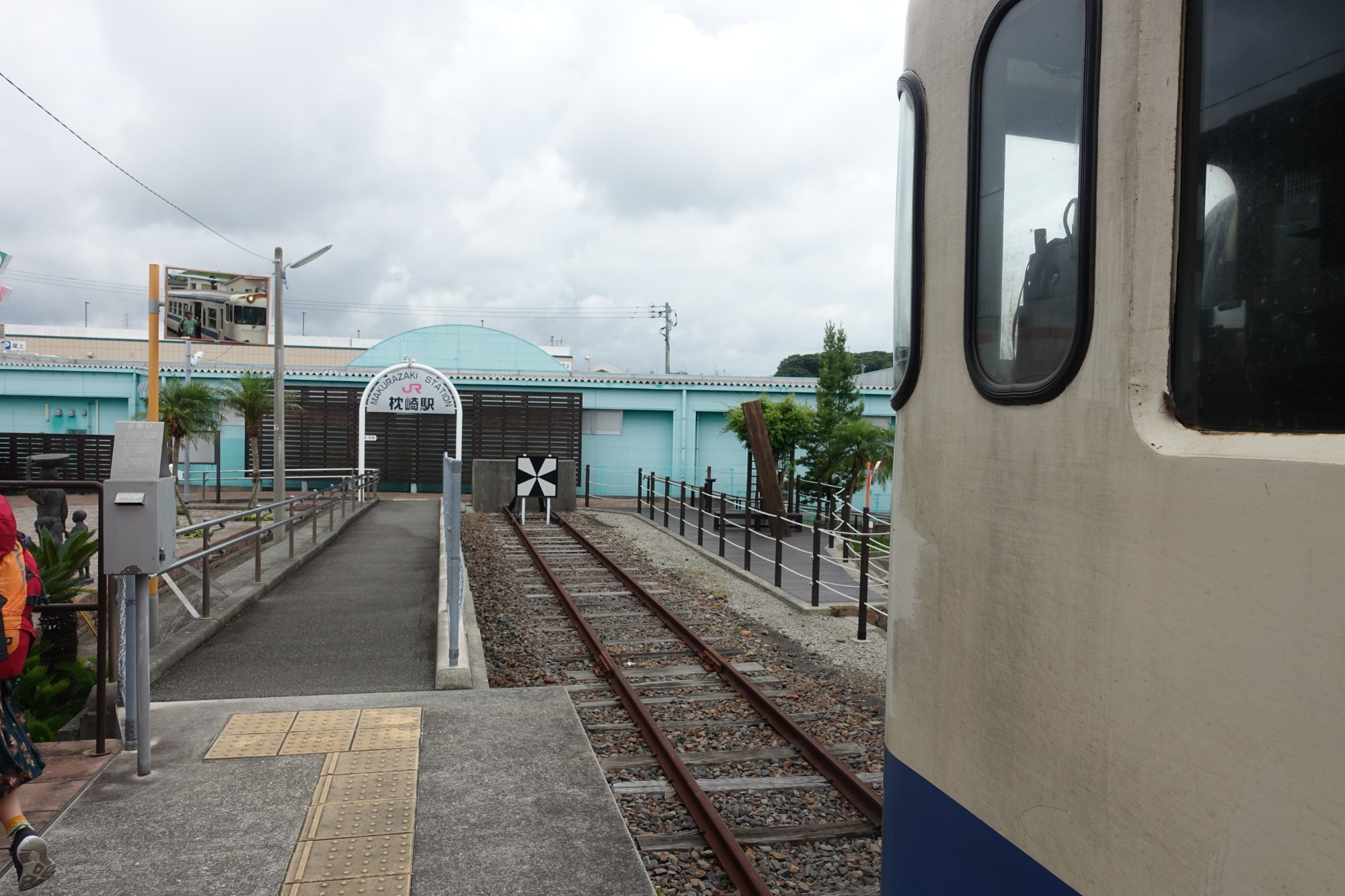 Only at Wakkanai, in the north, does the geographical extreme compass point correspond with the terminus of the line. But I am not happy unless I have travelled all the way until the end.

I rode the Makurazaki Line all the way until it’s namesake, bumping around on the two carriage diesel rail car. It feels positively tropical here, with the humidity, temperature and volcanic soils contributing to luscious growth. Shrubs and grasses slap at the windows of the train.

There are glimpses of the grey ocean over farmland and towns, sometimes interesting rock formations, deep rivers lined with pines, bamboo and vines.

At Nishi-Oyama most of the train exits to take photographs of the southernmost station. I wonder if they’ll do the same on the way back. But most of the Cantonese and Korean tourists are off the train now, leaving at intermediate stops for the various coastal attractions.

I only have time at Makurazaki to grab junk food for the ride back. There are only a few trains that do the whole run per day. It’s a pity, because Makurazaki is known for seafood. Seared bonito tuna sounds yummy, if it’s like that I ate at Kochi on another trip.

From here it’s back to Kagoshima and the Shinkansen back to Osaka.