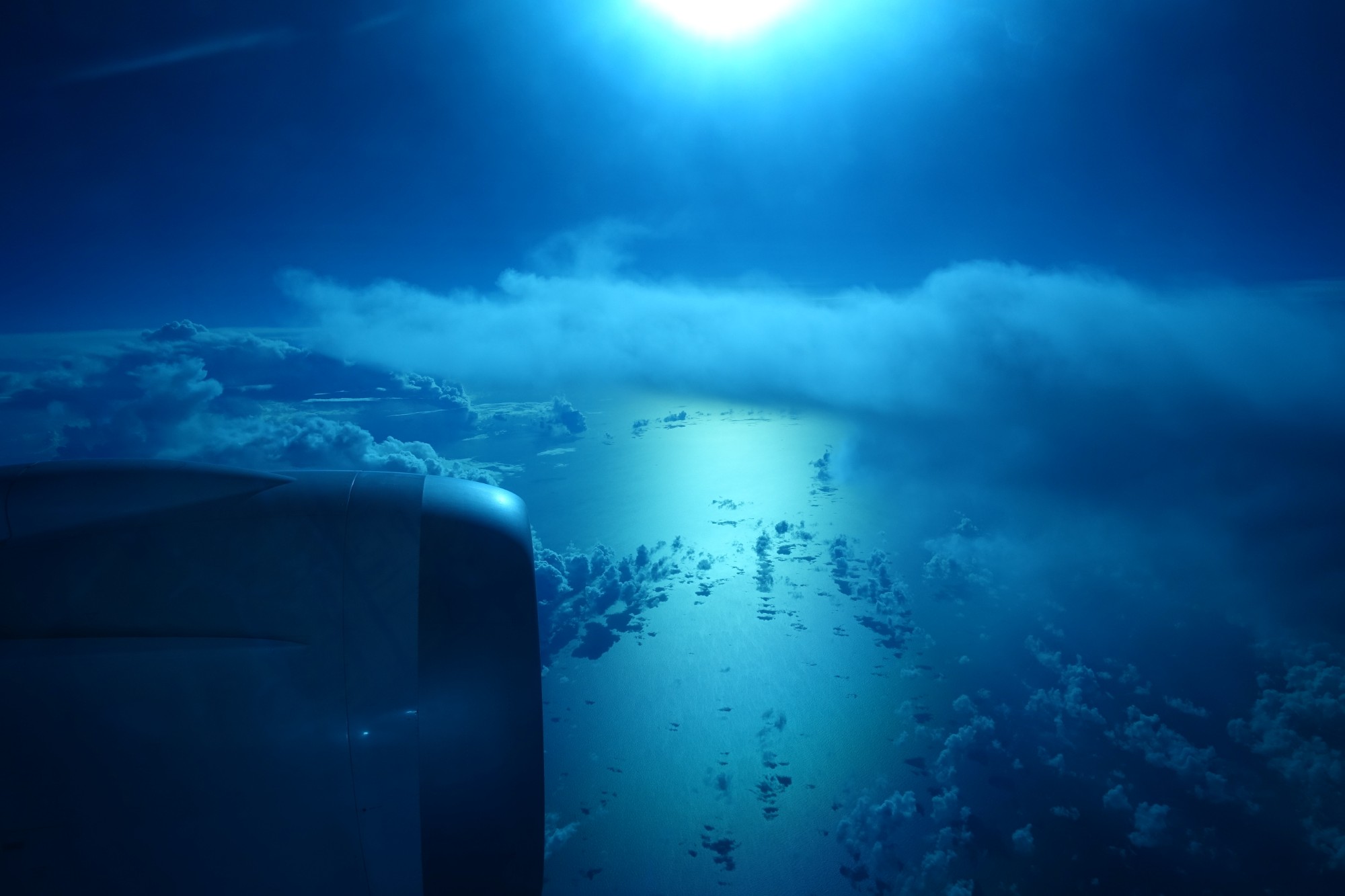 There are few things better than a really nice hot shower in a modern hotel room after a long flight. I don’t know how you can work up such a smelly sweat after doing nothing for seven hours but that’s what always happens to me.
It was a really good flight on the Jetstar 787-8 from Cairns to Osaka. At first I was concerned about the big clouds over the city, but we just curved around them.

There was lots of high cloud along the way and some impressive anvil clouds, but I distracted myself at first with relaxing electronica, then watching episodes of Red Dwarf on the seat back screens. How good is that?

Also watched Hidden Figures, about female African American mathematicians working for NASA during the start of the Space Age when segregation was still official.

Ate roast chicken and vegetables for lunch and a meat and cheese pie for evening snacks.

Just as the sun rose during the first flight of the day we landed in the light of the setting sun. It was a beautiful and exotic.

Long queues through immigration and to pick up my rail pass, though not as bad as last time.

I booked the first few days of train travel at the reservations office and had a really tasty late supper of chikawa (fish stick) udon at one of the Shin-Osaka Station restaurants still open at this late hour.

Now I’m lying on my bed in the very modern, but small, room of the Remm Hotel listening to music on my portable speakers. Tomorrow the big rail quest begins with a trip to the northernmost station in Japan.

P.S.  I just discovered that what I thought was a standard office style chair in this room has a back massage function! How cool is that?