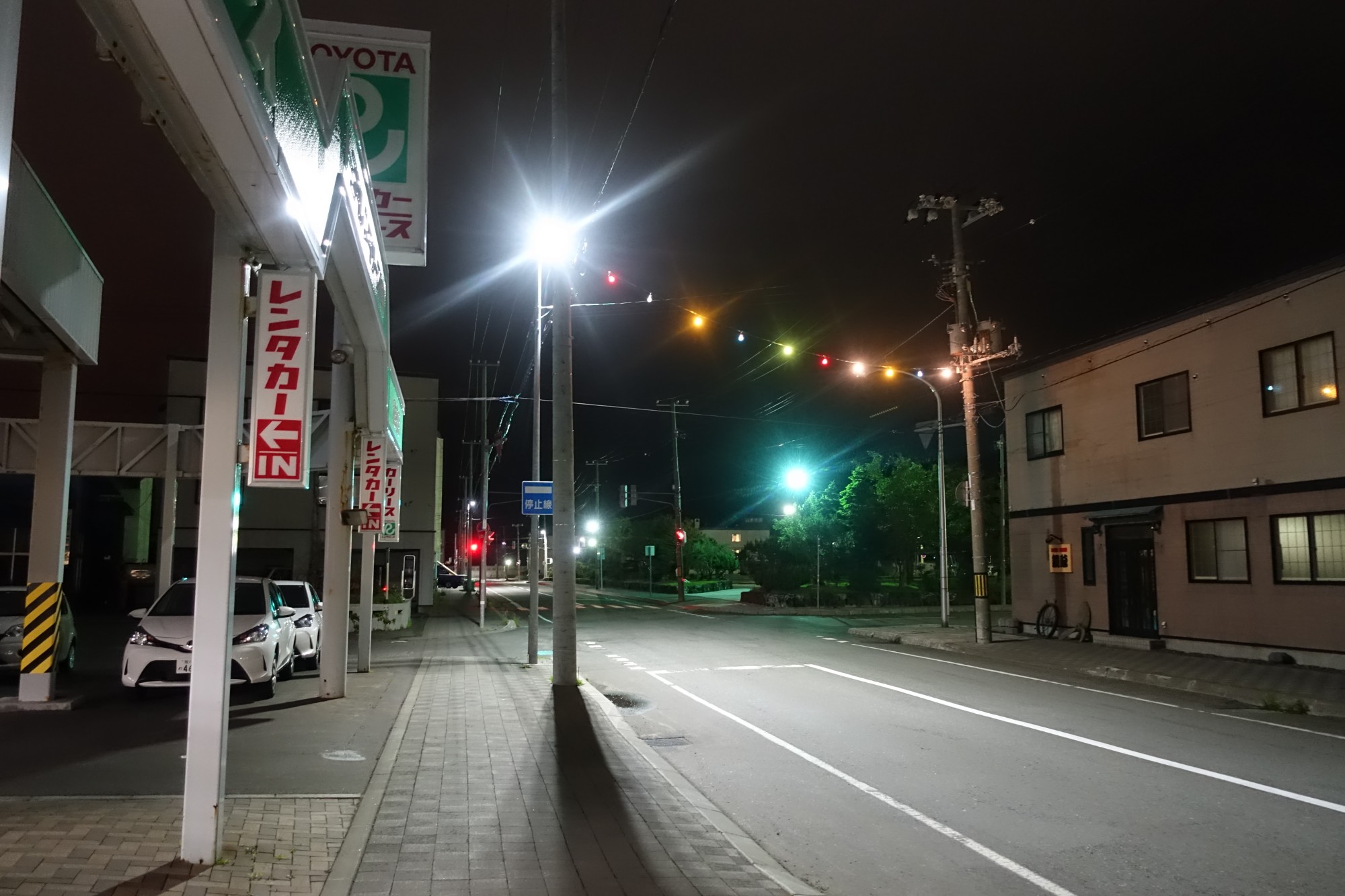 It took me a touch under 18 hours but mission north has now been completed. Wakkanai is as far north as you can go on the Japanese rail system. It’s not my longest day of catching trains, that record belongs to my student days between Canberra and Sydney.

Today was far nicer. And what better way to finish than to relax in the hotel’s hot spa bath? The only other occupant left soon after I arrived and I had the indoor and outdoor baths all to myself. The outdoor bath was particularly nice with the contrast of temperatures. Despite being summer the wind is cold up here. On train stop read 12 degrees outside.

Pity the train arrives too late for the free ramen and the only combini (convenience store) in easy walking distance closed just as we arrived. Still, barring emergencies (I’ve had two fire alarms in Japanese hotels), hopefully I get my first sleep in in weeks.